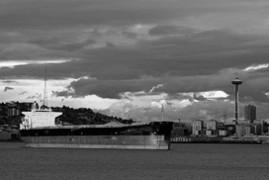 Vessel Arrests and Rule B Attachment

We have significant experience representing shipowners defending against arrest and attachment as well as claimants seeking to exercise their remedies pursuant to federal maritime law and the Supplemental Rules for Admiralty or Maritime Claims. These are often time-sensitive matters that require an immediate response because the property may only be available for arrest or attachment (within the jurisdiction of the federal court) for short period of time. Our clients are often many miles and time zones away. Success depends on being able to quickly determine the facts and assemble accurate and comprehensive pleadings, coordinate with the U.S. Marshal, and find a reliable substitute custodian. These procedures offer a powerful tool to claimants with either an in rem claim against a vessel or an in personam claim against a shipowner. We have achieved success for our clients on both sides of the process. For instance, here are some of the recent cases in which we have assisted our clients: