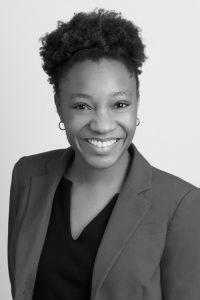 Shantrice joined Nicoll Black & Feig in 2018. Prior to joining the firm, Shantrice was a criminal defense attorney. She worked as a Public Defender at the King County Department of Public Defense-Associated Counsel for the Accused, and the Colorado State Public Defender’s Office in Colorado Springs. In both offices, Shantrice represented her clients in a breadth of criminal matters, including traffic, misdemeanor, juvenile, and felony cases. As a former criminal defense attorney, Shantrice has extensive courtroom and litigation experience, to include a substantial amount of motions hearings, jury/bench trials, and appellate work. During her time in Colorado, Shantrice was the recipient of the Lowrey Kelly Bootcamper of the Year Award in 2016 for her trial advocacy skills with the Colorado system. She was also an active member of the Big Brothers Big Sisters 2.0 program, which aimed to help mentor first-generation college students, from underserved communities, through high school and the college admissions process.

Shantrice graduated from Seattle University School of Law in 2014. During her time there, Shantrice interned at the Public Defender Service in Washington, D.C., as well as the Fred T. Korematsu Center for Law and Equality and the Seattle University School of Law International Human Rights Clinic. Shantrice was also an active member of the National Black Students Association, serving as its National Director of Community Service.

Shantrice is also proud alumni of Gonzaga University, graduating with a B.A. in Philosophy, with Minors in French and International Relations. During her undergraduate studies, she served as the Vice-President of the Multicultural Honors Society and was a member of Phi Sigma Tau and the Black Student Union. In her free time, Shantrice loves watching Gonzaga basketball, traveling, and spending time with family and friends.