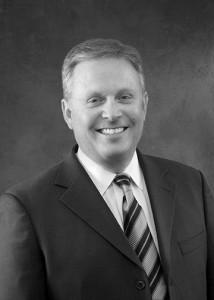 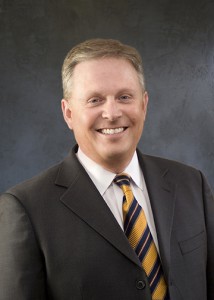 Chris is an accomplished trial and appellate lawyer with a 41 year track record of success in many complex fields of law including admiralty, medical malpractice defense, commercial disputes, product liability, multi-national litigation, oil and gas, premises liability and criminal law. Chris received his B.A. degree with honors from Boston College and his J.D. from the University of Idaho College of Law where he was a law review author and editor and was inducted into the Order of Barristers. Prior to entering private practice, Chris was a prosecuting attorney in Sun Valley, Idaho from 1980 – 82 and a Judge Advocate in the U.S. Navy from 1982 – 88, attaining the rank of Lieutenant Commander. While a criminal attorney in Idaho and as a Judge Advocate, Chris handled many matters at sea and in foreign ports, including the 1984 collision of the USS KITTY HAWK (CV-63) with a Soviet nuclear submarine, an underwater allision involving a U.S. submarine, and the Iraqi missile attack on the USS STARK in 1987.

Chris began his private practice in 1988 with Vinson & Elkins in Houston, Texas. While there he represented vessel owners, oil rig owners and operators, land-based businesses and insurers, in state and federal courts and in connection with foreign proceedings. Chris was intimately involved in defense of the owner of the PIPER ALPHA North Sea oil production platform after it exploded in 1988, in addition to representation of vessel owners, water front facilities and insurers. Chris moved to Seattle in 1991 and joined Bogle & Gates, where he continued to work as a trial lawyer focusing on maritime industries and their insurers. After being elected to the partnership in 1993, Chris left Bogle & Gates in 1997 to join Lane Powell’s Seattle office where he continued handling complex litigation involving international casualties, transportation law, insurance coverage, construction, professional liability, and admiralty law. Chris left Lane Powell with many of his colleagues and joined Cozen O’Connor as a Senior Member in 1999 where he continued his commercial, maritime, transportation and general trial and appellate practice. In 2004, Chris left Cozen O’Connor to form Nicoll Black & Feig PLLC, where his trial and appellate practice has continued to grow and diversify.

Chris is licensed to practice in Washington and Idaho, is a “Proctor of Admiralty” in the Maritime Law Association of the United States, is a former Vice-Chair of the Admiralty and Maritime Law Committee of the Tort & Insurance Practice Section of the American Bar Association, is a member of the Transportation Lawyers Association and a member of DRI the Voice of the Defense Bar. Chris was appointed by the Washington Supreme Court to the Washington Pattern Instructions Committee. A regular lecturer and author on maritime, transportation, insurance, and trial defense topics, Chris has been featured in the National Law Journal for his defense of one of the Navy officers of the USS STARK (July 1991 issue), has been selected as a “Super Lawyer” multiple times by Washington Law and Politics, is AV rated by Martindale Hubbell, and awarded the President’s Award by the Washington Defense Trial Lawyers’ Association.

A skilled and well-rounded trial lawyer, Chris has tried hundreds of criminal and civil cases to successful conclusion in courts around the world, most recently achieving in March, 2018 a directed verdict in favor of a foreign client targeted by a U.S. carrier for unsubstantiated demurrage charges. Chris has also distinguished himself as an appellate lawyer, successfully pursuing and defending numerous appeals in state and federal appeals courts over the course of his diverse career, both for clients and amicus curiae.