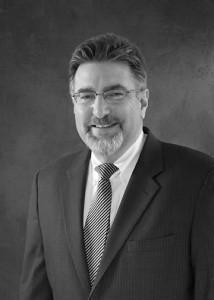 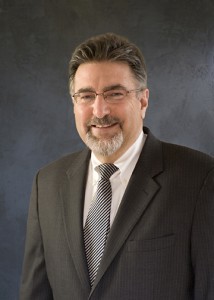 Rivers was commissioned in the U.S. Navy as a deck officer and transferred to the JAGC to attend law school.  Upon graduation, he served as a criminal prosecutor and then spent five years on active duty in the Navy.  Thereafter, Rivers pursued two advanced legal degrees, receiving a Masters in Marine Law from the University of Washington Law School (1982), and a Masters in International Law, Cum Laude, from the University of Brussels, Belgium (1993).  Rivers then joined the Seattle office of Lane Powell where he practiced for 16 years.  He left to join the national firm Cozen O’Connor as a Senior Member in 1999, departing to form Nicoll Black Misenti & Feig PLLC in 2004.

Rivers has enjoyed a broad ranging and diverse practice spanning over 40 years. In the Navy, Rivers first served as Head of the U.S. Foreign Claims Commission in North Africa, and then worked in the United Kingdom as a Staff Judge Advocate, a position very similar to that of a general counsel in which he dealt with claims, liabilities, personnel and contract relationships with base retail contractors, vendors and tenants.

After leaving the Navy, Rivers has focused his practice on representation of vessel owning and insurance interests, including maritime employer liability, ocean and inland transportation, cargo, maritime PI and death defense, marine pollution, hull claims, marine insurance coverage, and claims involving the tanker, container shipping, fishing and recreational vessel industries.  His work includes representation of the cruise line and hospitality industries in defense of premises liability and claims alleged by passengers, guests and vendors.  Rivers continues to serve as a legal correspondent for London and Norwegian based P & I Clubs representing the interests of owners and charterers of ocean going vessels for casualty investigations, claims and litigation defense.

In addition to his maritime practice, a significant portion of Rivers’ practice has also involved general and commercial litigation, and property & casualty work.  He has represented the commercial interests of foreign manufacturers with respect to products liability and management of their licensee and distributorship relationships in the United States.  In his practice Rivers has managed multi-state liability defense programs of drug manufacturers defending personal injury claims.  He has also handled liability defense programs for port districts and marinas defending claims of property damage, premises liability, and liabilities alleged by vendors and tenants.

Rivers is married to Elaine, and together they have raised four children and numerous loyal dogs.  They enjoy skiing and hiking. Rivers is also an avid racing and cruising sailor with a significant number of ocean miles under his belt.  As an item of irrelevant trivia, Rivers was recently struck by lightening on an offshore passage off Costa Rica, and survived to tell the tale.  But … that sea story will be left for another day.